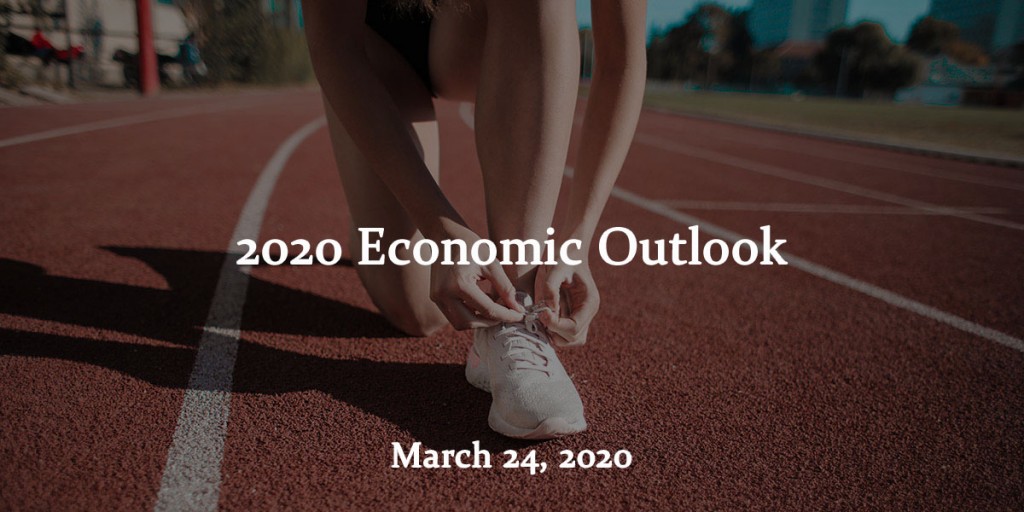 In 2019, Hong Kong’s economy contracted for the first time in over ten years. Hong Kong markets reflected a low price to earnings (P/E) ratio of 10x to 15x in January 2020, prompting the government to enact a further round of relief measures worth HKD 10 billion.

With these latest measures, which bring the total value of the government’s stimulus package to HKD 35 billion, Hong Kong’s economy was conservatively estimated to grow by 0.5% in 2020, prior to the coronavirus outbreak that later developed into a global pandemic. The Financial Secretary, Paul Chan Mo Po, has warned that the tourism, catering and retail sectors will all face severe difficulty for an indefinite period, while the government expects a greater budget deficit due to increased government spending and decreased revenue.

Economic forecasts for the global economy were positive across the board before reports of the COVID-19 outbreak in China emerged in February, and financial sentiment deteriorated significantly in early March once the outbreak, as well as its socioeconomic consequences as a result of the cessation of economic activity due to social distancing measures, began to take hold in Europe and the U.S. The downturn in financial sentiment resulted in a shock to the global financial system that will most likely result in a severe global recession.

Estimates made before the outbreak varied between a 4.1 percent contraction and 2 percent growth. The extent of the outbreak in the U.S and Europe means that a global recession is certain, along with a severe shock to global financial system. A contraction in the local economy for the year is most likely inevitable, while a slight contraction during the first quarter is certain.

With regards to the Mainland China economy, state backed insurers and investors are standing by with a RMB 100 billion war chest, ready to strategically invest as and when necessary in order to control economic fallout. Such measures could potentially pacify investor sentiment in China even before any action is taken. The outbreak has already thought to have peaked in Mainland China as the country gradually returns to business.

However, the U.S and Europe have now had to shut down almost all aspects of social economic activity, from conferences to sporting events and even movie theaters. The extent of this disruption is still unknown and strongly affects market sentiment, which exacerbates the already severe consequences of the cessation of economic activity and social gatherings.

The International Monetary Fund had forecast a global growth rate of up to 3.5 percent in 2020, which along with the phase one deal in the US-China trade war would have contribute to the Hong Kong’s economy. The renminbi was also projected to strengthen over the course of the year. The broad consensus now is that a global recession is inevitable.

The U.S economy’s growth prospects had previously been rated as “broadly neutral” by the International Monetary Fund with a minimal risk of recession due to low interest rates set by the Federal Reserve. In March, these forecasts had to be drastically revised across the board, and most sources now predict a deep recession in the U.S.

Any improvements in trade between the US and China over the year would have translated to gains in Hong Kong to a similar extent that 2019’s tariffs exacerbated the effects of the drop in local economic cause by social unrest. In the wake of the outbreak, Hong Kong’s links to the world economy may pose a greater degree of risk than would have been the case otherwise.

Although some disruption of supply chains is likely, as well as decisive measures by firms to diversify their production strategy, a total exit from China would not be possible in the short term for the simple reason that no other region can match China’s capacity and scale within the foreseeable future.

According to the IMF’s Staff Report released on December 30th, 2019, Hong Kong’s policy framework underwrites the unique advantages it derives from international trade, having always been equipped with buffers against global economic instability to protect against the extent to which the local economy is vulnerable. In addition to economic stimulus measures, the Hong Kong government will also be taking on the longstanding challenge of housing affordability, which was a driving factor in 2019’s communal tensions. The Linked Exchange Rate System (LERS) continues to stabilize the local currency and economy as it has during past economic crises and downturns, where capital outflows are countered by purchases of currency reserves from banks by the Hong Kong Monetary Authority. These damage control measures will come into play in 2020, perhaps to the greatest extent in Hong Kong’s history.

As long as trade tensions do not exacerbate and the outbreak is contained during the first half of the year, some extent of global rebound, with increased production, trade and consumption may possible. Maintaining and principled investments without succumbing to panic would crucial to weathering 2020’s economic landscape. While Hong Kong’s exports to the US dropped by 23.7% in 2019, the region exported 5.2% more to Mainland China. Rather than fully committing to a certain sector or directly following short term growth trends, the optimal 2020 strategy would be to commit to a long term direction with a diversified portfolio.

Volatility, recovery and the emergence of parallel economic sectors due to divergences in the “Group of Two” will determine the direction of trade winds over the course of the year. The PRC Finance Ministry announced on February 6 that tariffs on US imports that were levied on September 1, 2019 will be reduced by half. Following the announcement, the renminbi climbed in value and Asian stock markets responded positively. Stock markets were also cautiously optimistic about the U.S Federal Reserve’s quantitative easing measures.

Growth forecasts, both in China and globally, had already been lowered due to the unprecedented global instability seen in 2019. The outlook for 2020 is now even more grim, in the mainstream opinion.

However, some relatively positive trends have been observed, even if investments should be granular, cautious and consistent to deliver returns. As the Economist Intelligence Unit predicts, tourism in Hong Kong will continue to face difficulties even if local retail manages to recover in the second half of the year. The dramatic increase in retail purchases seen in February would seem to bear this out. The pharmaceutical industry is one sector that will not be shutting down, and the Mainland China government has even issued  “Coronavirus Bonds”, officially known as “epidemic prevention and control bonds”, the prospects of which now link the fortunes of the entire global economy, not just the P.R.C. Recovery may proceed in a more fragmented pattern than before, and everything will depend on how quickly and effectively the viral outbreak is contained.

It should be noted that the level of risk faced by enterprises worldwide due to supply chain disruptions means that there is an indefinite period of uncertainty to contend with, depending on how the situation unfolds. Nonetheless, a rebound at some point in the future is inevitable, even if not in 2020.

The fact that the extent of social and economic consequences faced by the U.S and Europe were foreshadowed in China, with the global media caught unaware of what was about to happen while reporting on the initial outbreak, reflects a broader socioeconomic trend: that socioeconomic and political circumstances, whether they be the rise of populism, the consequences of climate change, as well as this pandemic and severe shock to the global economy, all emerge in the Asian region first before reaching Europe and the U.S. This would seem to indicate that the global economic center of gravity is indeed shifting to the East, and that recovery would most also most likely begin in Asia. In terms of public health, Hong Kong has defied expectations as one of the least severely affected regions in the world, despite its proximity to China. This could bode well for Hong Kong’s recovery prospects, relative to the rest of the world.

We are committed to serving the Hong Kong community’s recovery in 2020 and beyond, and despite the challenges, we do see opportunity over the long term. As the leading financial centre in Asia, the capital market is what believed to be the driver of recovery in 2020.  Fueled by the IPO cases of Chinese companies in Hong Kong which we believe Hong Kong will continue to be the focal point of “Internationalization” of Chinese companies, and those looking for financing from the capital market.  We are confident this will be the driving force of recovery for Hong Kong local economy as it benefit various industries across the sectors.