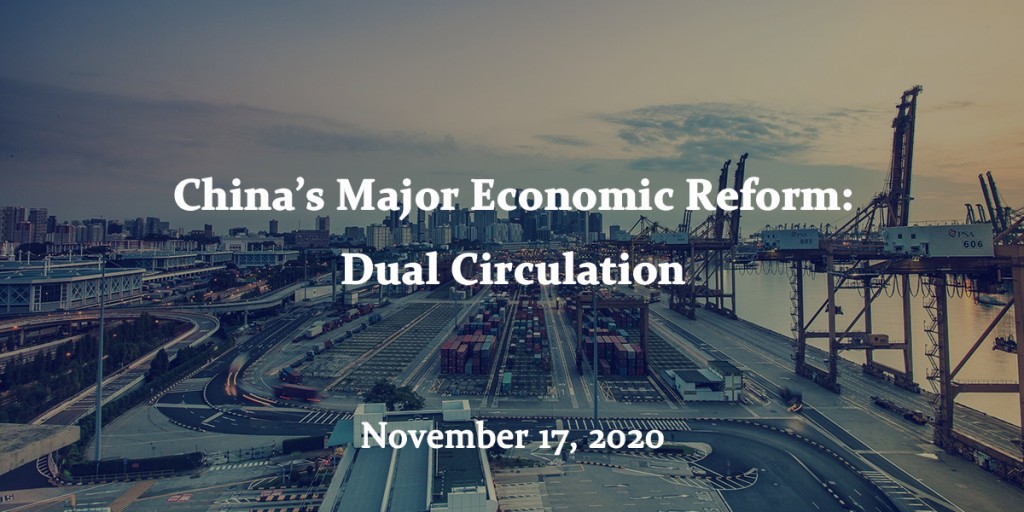 On October 29th, 2020, the Central Party Committee of the Chinese Communist Party released the outline of its 14th Five Year Plan, signaling the government’s intention to revive the economy, stabilize growth, achieve carbon neutrality and develop economic and technological self-reliance. The Central Government’s self-sufficiency initiative is centered around the principle of ‘dual circulation’, first introduced by Chinese President Xi Jinping in May.

The dual circulation strategy marks an important change in the direction of the PRC’s economic strategy, establishing ‘internal circulation’, or domestic cycles of commercial and industrial activity, as a key driver of economic growth and advanced technological innovation, while maintaining ‘external circulation’ through foreign investment initiatives and continuing to open the domestic economy to overseas companies and investors.

Businesses and individuals with operations in Mainland China should take note of the new economic policy ahead of time in order to benefit to the fullest extent as the world’s biggest consumer market continues to expand. Since the Central Government’s announcement in May, there have been widespread misunderstandings about the dual circulation strategy, particularly with regard to the domestic cycle. ‘Internal Circulation’ does not mean that the PRC economy will be closing off or restricting access to foreign businesses, and it does not mean protectionism, vindictive tariffs or other forms of regressive economic nationalism.

According to Jia Kang, Chief Economist of the China Academy of New Supply-side Economics, the PRC is in a position that requires fully developing the potential of the domestic market as a cornerstone of the economy, but without a “return to seclusion”.

During a speech in Beijing last year, Jia also stated his view that China’s development and expansion would be achieved through cooperation and compromise, while following Deng Xiaoping’s philosophy of “coping with affairs calmly”.

The strategic objective of developing internal circulation is twofold; analysts both within China and overseas have raised the inevitable challenge of transitioning from a manufacturing-based economy to one driven by domestic consumption and advanced technology, while adapting to adverse circumstances arising from trade conflicts and the current instability of overseas economies as a result of the global recession, which the PRC has largely managed to avoid.

Failure to effectively transition the economy from manufacturing and exports, as local employment costs rise and emerging economies present compelling alternatives, would result in the country falling victim to the Middle-income trap, where GDP stagnates between USD 1,000 to 12,000 per capita. The Central Government has widely been expected to address this challenge for years, and the dual circulation strategy marks the beginning of the transition, even though China will continue to be the world’s foremost manufacturer for years to come.

Meanwhile, economic adversity arising from geopolitical tension has also spurred the PRC to adapt ahead of time to any further challenges. Chinese technology companies such as Huawei and ByteDance have already faced setbacks as a result of US sanctions preventing access to US markets and vital production components.

The internal circulation strategy aims to avoid such pitfalls in the future by developing a domestic hi-tech supply chain and encouraging domestic business models that ensure uninterrupted innovation and production in China’s advanced technology sector.

Businesses operating in China should anticipate the development of domestic supply chains and product development cycles, as well as the likelihood of PRC alternatives to widely adopted international technology standards over the long term, even as formal restrictions may ease. In the future, software such as Google’s Android mobile Operating System and Microsoft’s Windows, as well as many database and networking platforms may be replaced in practice by domestic market solutions, while hardware standards for telecommunications connectivity and data could be subject to change as a result of the China Standards 2035 plan. These are all changes in which foreign enterprises will be able to take part, through encouraged investments.

In a broader sense, the business culture in China will gradually shift away from the export paradigm that defines most commercial projects today, to “in China, for China” business models, although manufacturing and exports will continue to thrive for the foreseeable future. The central government’s priority is to develop domestic market potential over the next five years by prioritizing qualitative economic development over statistics, creating new streams of sustainable local employment, investing in urbanization while improving income inequality between rural and urban areas.

The ‘external circulation’ aspect of the dual circulation strategy refers to China’s future model of economic engagement with other countries, as well as market access in China. The Central government will continue to open the domestic market to foreign companies by continuing to ease restrictions on foreign investment and encouraging FDI in food, supply chain development, advanced technology and sustainable energy. The removal of quotas on the qualified foreign institutional investor scheme and the renminbi qualified foreign institutional investor scheme will greatly increase the volume of Renminbi trade through Hong Kong and Shenzen, while accelerating digital investment projects.

Overseas infrastructure investment projects such as the Belt and Road Initiative will be reconfigured to prioritize partnerships in Asia under the external circulation strategy. The global recession compels countries around the world to assess the extent to which they rely on the economic recovery of their trading partners, and adapt accordingly.

In this sense, dual circulation is not a retreat from globalization, but a model for ‘globalization 2.0’:  according to Lu Yue, a Professor at the Beijing Open Economy Research Institute, “the dual circulation pattern is an economic globalization strategy based on domestic demand with opening up as an essential part. It means not only to open up to the outside world, but also to the domestic market.”

The process of establishing the new dual circulation model is likely to span at least a decade, and the wide-ranging reforms will coordinate efforts to develop and innovate environmentally sustainable technologies alongside A.I, 5G and Fintech investment platforms, while expanding purchasing power across population demographics in Mainland China.

At the outset of an exciting new cycle of development in China, businesses should update their strategies accordingly in order to make the most of new opportunities as they arise. The transition will occur over an extended period of time, and while current business models are still viable, new areas of growth are beginning to open. We forecast a great deal of opportunity for all China enterprises over the upcoming decade.  Should you require any assistance with setting up a new business project in one of the prioritized domestic sectors in China, or if you have any enquiries regarding how to adapt your existing setup, we are available for a free consultation anytime.