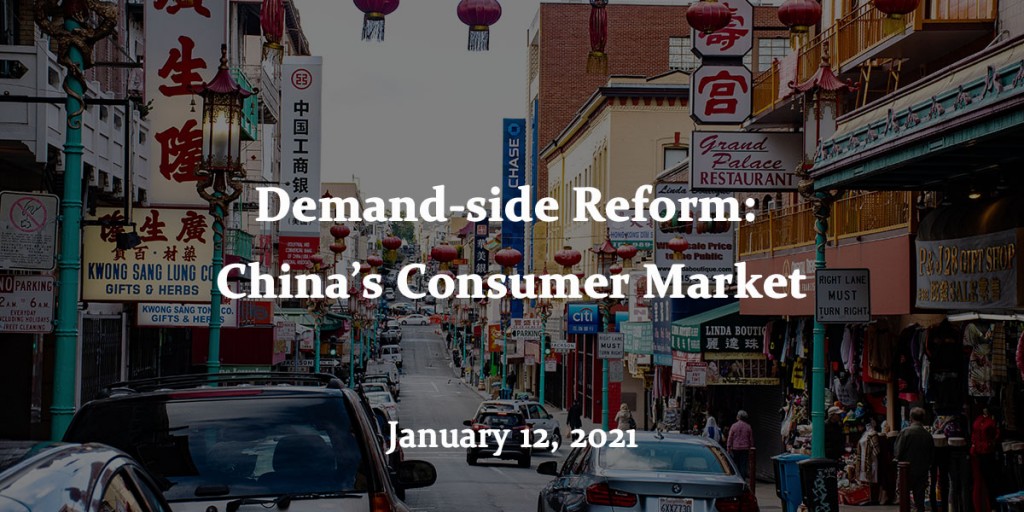 During a mid-December meeting of the Politburo, the highest-ranking government committee in the People’s Republic of China, an important new concept was introduced to the public- Demand-side reform. Chinese President Xi Jinping originally coined the phrase supply-side reform in 2015, when he conveyed the government’s intention to “encourage consumption while implementing structural reform on the supply side, improving the quality and efficiency of the supply system.“

Supply side reform was a reform initiative to satisfy rising demand for consumption that was inadequately met by supply infrastructure at the time. The reforms included reducing business costs incurred due to government policies, while incentivizing efficiency and quality. Five years later, the central government is still focused on reducing red tape and business costs, while also overhauling systemic challenges, including economic inequality, in the domestic economic system.

In a speech given in August, Xi Jinping raised concerns over the low proportion that salaries contribute to national GDP, indicating that raising the median income is now a top priority in order to stabilize the economic system over the long term. Developing a sustainable nationwide consumer economy requires all sectors and every segment of the population across the country to participate in the national consumer economy. Policies for the foreseeable future are likely to focus on driving demand and expanding purchasing power, in addition to enhancing production and supply. In addition to new policies with regard to investment and favored sectors, one of the major implications we anticipate is new taxation policies for high income individuals.

According to Vice Premier Liu He, China’s economy requires innovative, high quality supply solutions in order to drive demand, while also emphasizing “demand side management” with regards to the broader objective of increasing domestic demand in order to develop a self-sustaining consumer economy. The initial phase of the dual circulation strategy requires balancing the supply and demand sides of the economy. Driving demand has now taken priority due to the gap between the economic recovery in exports and consumer demand this year. Although China’s consumer economy is rebounding at an astonishing pace, consumption is largely driven by the luxury product sector and high income purchasers. The economic recovery now prioritizes incentives and opportunities and accessibility over subsidies and stimulus.

The government has already taken measures to reform the demand side of the economy-reducing taxes has boosted purchasing, while targeted policy measures in urban development, housing, sustainable energy and new technologies help create employment and stimulate demand. These are all areas of anticipated growth and favorable institutional support over the upcoming decade. Redistributive income tax policies, investments in social welfare and measures to balance the flow of resources between major cities and smaller towns (such as land ownership policies) will ensure that economic activity expands in a balanced, sustainable pattern over time.

Investment policies are also being recalibrated to prioritize sectors that meaningfully contribute to consumer demand. Although securing and developing the industrial and commercial supply chain remains a strategic priority, infrastructure projects are likely to fall out of favor while digital investments, 5G, advanced manufacturing and other emerging sectors, whose growth also spurs domestic demand and consumption, will be prioritized.

Economic stimulus in the form of subsidies is unlikely given the need to control debt and risk during the critical economic recovery period. Perhaps the broadest implication is the government’s shift from short term growth, production statistics and capital expansion to long term systems of development across the country.

How does this affect you?

Details will be forthcoming over the course of the year. 2021 marks the beginning of a significant transition in China, and all businesses and taxpayers should take note ahead of schedule. Targeted investment support policies and sectors that enjoy institutional approval present new opportunities for those seeking to launch new ventures in China, while the shift in the cultural context should be fully appreciated, particularly by foreign enterprises, in order to ensure smooth sailing. Meanwhile, any challenges that may arise from taxation policies for individuals domiciled in China should be prepared for well in advance.

We will endeavor to keep you informed as policy details are released over the course of the year, and provide update related to policies related to conducting business in China.