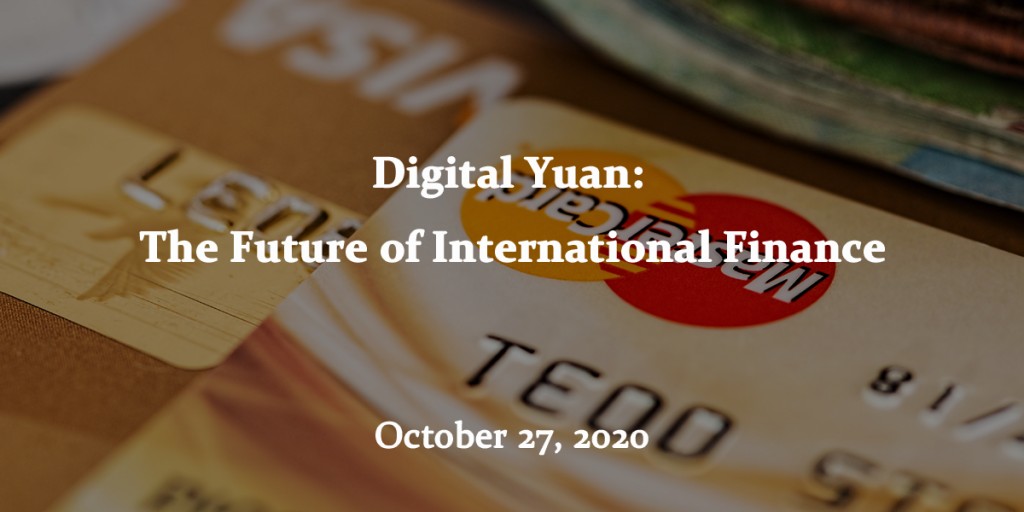 The People’s Bank of China (PBoC) is on track to make history as the first central bank to launch a national digital currency, with pilot tests already underway in Shenzen and other Special Economic Zones. The formal launch of the digital Yuan, formally known as the Digital Currency Electronic Payment (DCEP), marks the next phase in the People’s Republic of China’s digital finance strategy, centered around blockchain technology.

While blockchain technology was previously applied towards various different functions in both the private and public sector, from industrial inventory management to railway ticketing, the PBoC is now preparing to mobilize a centralized blockchain-based digital currency in order to internationalize the Renminbi while standardizing local cashless payments in Mainland China. In the long term, digital currencies will create new opportunities and pose new challenges with new international payment frameworks, and digital records detailing the complete transaction history of every unit of the currency.

The current pilot phase involves a red packet lottery distribution worth RMB 10,000,000 to be given out to 50,000 Shenzhen residents in RMB 200 digital wallet remittances. The funds are non-transferable, non-convertible, and only valid at participating retailers. Despite the relatively limited scope of the trial, this pilot marks the first time that the public has been given access to a state backed digital currency anywhere in the world. China’s Digital Currency Electronic Payment has been in development since 2014, and public adoption in any form is a significant milestone.

The vast majority of China’s cashless payments are currently serviced by either Alipay or WeChat Pay, through mutually incompatible proprietary platforms. While the systems are efficient and universally available throughout the country, the lack of openness and flexibility for the public is perceived as a limitation by the central bank, and Alibaba and Tencent are considered to have derived disproportionate advantages in the domestic banking system.  The technology conglomerates are still set to play a key role in the digital Yuan rollout, as Ant Financial prepares the world’s biggest IPO in Hong Kong and Shanghai.

While digital currency is accessed and traded through an e-wallet, much like with existing payment services, the currency itself is processed, rather than a debit or credit authorization. This streamlines the commercial process and reduces the role of payment service providers in ordinary transactions. Unlike cryptocurrencies, the digital Renminbi is underwritten by the government, exactly like cash. The main difference between the digital Yuan and cash is that the digital version of the currency carries a detailed transaction history, like other blockchain based currencies.

Needless to say, the digitalization of currency carries inherent implications for the digitalization of tax, as blockchain ledgers identify each individual that has accessed the currency, and every transaction the currency units have been involved in. Digital reporting systems reflect account statements in real time, rather than annually, while data analytics identify patterns of activity consistent with transfer pricing, base erosion and profit shifting, holding assets in blacklisted jurisdictions, and other factors that may result in requests for additional details. The blockchain-based currency ledger virtually overrides any prospect of anonymity with the digital Yuan; all users are identified by their government registered accounts, associated with their name and identity documents.

While these changes to taxation and anonymity change the nature of doing business in China and present various challenges to corporate and financial structuring, the digital Yuan creates new opportunities for PRC business projects, as well as international finance.

One aspect of international business in China that the digital currency is likely to revolutionize is the level of mutual trust in contracts signed in the PRC.

Blockchain based national currencies establish a level of transparency that can be upheld and enforced regardless of any complications or disputes that may arise in the course of doing business in China. This objective layer of data inherent in the currency itself clearly identifies transactions between entities, whether they are domestic companies, foreign investors or joint ventures. Recording identities and transactions within the currency itself creates a permanent record, with very little room for fraud or misconduct.

By developing the digital Renminbi in conjunction with the corporate social credit system, the central government is developing a self-sustaining, data driven commercial system in the PRC that establishes trust, transparency and stability through coordinated digital platforms in addition to courts and contracts. As the systems roll out and upgrade over time, the ease of doing business creates unprecedented potential for international companies to access the Mainland China market.

The broad, public application of the digital currency, while revolutionary in and of itself, barely scratches the surface. The pilot in Shenzen indicates immense potential for innovative digital finance as the Greater Bay Area develops as the world’s premier technology innovation hub. Blockchain based national currencies will be leveraged alongside groundbreaking digital investment projects, with Hong Kong set to play a crucial role as the RMB clearinghouse for financial investment projects on an exponential scale of growth.

The digital RMB may also set up an alternative international payments structure independent of SWIFT and the US Dollar, in order to service projects restricted by geopolitical friction, establishing Hong Kong as a new center of international trade, with unique opportunities unavailable in London and New York.

While the success of China’s digital RMB as part of its international financial strategy remains to be seen, its impact in the PRC, the world’s biggest market, is both assured and imminent. As China gears up to lead the global economic recovery in 2021 and beyond, we recommend that all our clients take note of the digital currency era from its outset, in order to make the most of this historic opportunity. Should you have any enquiries about establishing a new business project or reconfiguring your existing setup in China, we are always available for a free, personalized consultation.