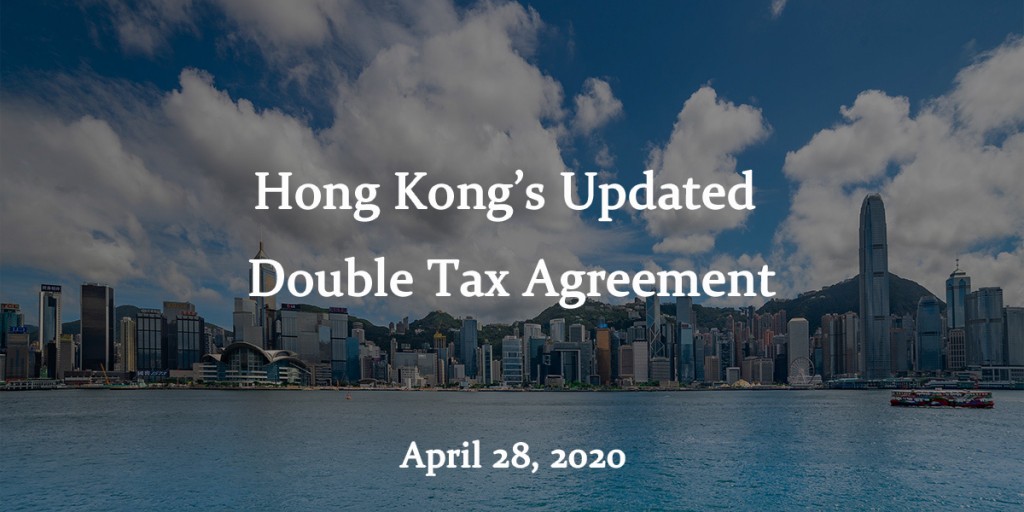 In December 2019, the governments of the Hong Kong Special Administrative Region and People’s Republic of China enacted the Fifth Protocol of the Double Taxation Avoidance Arrangement. The agreement amends the Double Taxation Avoidance (DTA) agreement originally signed in 2006 and amended three times over the subsequent decade. The Fifth Protocol, which took effect in the PRC on January 1st, 2020 and is due to take effect in Hong Kong on April 1st, 2020, is the first major update to the DTA agreement in five years.

The fifth protocol amends the process of assessing capital gains and modifies individual income tax policies for people working in research and education while traveling and working between jurisdictions. The methods for determining tax residency have also changed, requiring mutual agreement from authorities in both jurisdictions. Article 5 on Permanent Establishment status and independent agency bears considerable relevance to cross border company structuring and businesses that operate in both Hong Kong and the Mainland

Under the revised 2020 DTA agreement, individuals and businesses are subject to new rules determining dual residency. Corporate entities previously had their tax residency determined by the location of administration. Under the new amendments, when businesses establish dual residency in both jurisdictions, the Hong Kong Inland Revenue Department and the China State Taxation Administration will have to mutually agree on the residency arrangement with respect to the jurisdiction of incorporation, location of business operations, and any other circumstances. In the absence of a mutual agreement, dual-resident corporate entities will not be able to claim DTA treaty benefits. The Certificate of Resident (COR) application process is likely to require more documentation and go through a more detailed review process by both the Hong Kong Inland Revenue Department and the PRC State Taxation Administration in order to verify employee rosters and management base.

Agents are now defined as individuals who play the main role leading to the conclusion of contracts that proceed without modification by the enterprise. Such contracts include those signed in the name of the company, service agreements, and agreements to transfer property rights. With these changes, Hong Kong companies will be considered to be permanently established in the PRC if there are operations through a Mainland branch where a person working in a management position usually contributes to the conclusion of contracts.

Individuals that exclusively act on behalf of multiple agencies with which they are closely associated will not be able to register as independent agents. Under the revised rules, close association is defined as retaining or sharing control over the same individuals and enterprises, holding a controlling share of over 50%. This means that if a company based in Mainland China consistently represents the PRC interests of a Hong Kong company without exception, it will be considered the Agency Permanent Establishment.

Disposal of shares in a company by Mainland China tax residents are taxable in Hong Kong. The Fifth protocol amendments indicate that this applies to interests in partnerships and trusts as well as company equity. While the Hong Kong tax authorities may hold taxation rights over capital gains from trusts, partnerships and shares, Hong Kong’s Inland Revenue Ordinance only covers profits and not capital gains. Since there is no capital gains tax in Hong Kong, anyone seeking to dispose shares in Mainland China enterprises and interests in Hong Kong should clarify ahead of time whether or not the resulting income would fall under the scope of Hong Kong Profits Tax.

The Fifth Protocol marks the furthest extent of amendments made to any policy agreement signed between the Mainland China and Hong Kong governments, indicating a long term commitment to enhancing cross border commercial links. The Double Taxation Avoidance agreement is designed to deepen economic connections and efficiently coordinate tax policies. By eliminating double taxation without offsetting the integrity of existing legislation, the Fifth Protocol brings Hong Kong and China’s DTA in line with the OECD’s Base Erosion and Profit Shifting guidelines.

Should you have any enquiries regarding your company’s structuring in Hong Kong and Mainland China, our tax team can evaluate your cross border exposure and assist with your structuring and compliance strategy.