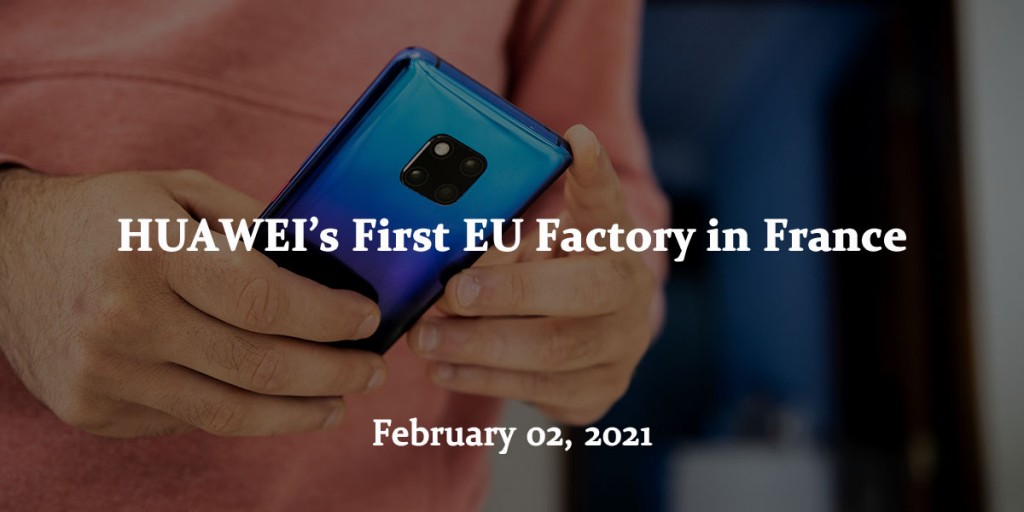 In a historic moment for the global telecom industry as well the China-EU relationship, Huawei will open its first factory outside China, having chosen the town of Brumath in France as the location.

The project is not merely hypothetical, given that it involves a 200 million Euro initial investment with an expected yearly production value of 1 billion Euro from 2023 onwards, and up to 500 jobs created in the town of Brumath (located in the east of France, 30km from Strasbourg and 20km from the German border).

The project was initially announced by in 2019 by Liang Hua, Huawei’s Chairman, and was subsequently confirmed on the 17th of December, 2020, in line with the original announcement despite the year’s uncertainties.

Because of the extensive controversy associated with 5G infrastructure production and the US-China trade war, Huawei related news is a sensitive topic and usually subject to widespread speculation, so we feel it is important to properly understand the strategy behind the creation of this factory, and what it could imply for Huawei’s development in Europe and the China-EU relationship.

First, it is important to remember that Europe is not uncharted territory for Huawei. The Shenzen-based Chinese Telecom giant has been aware of the region’s potential for years, especially in terms of R&D. Huawei currently operates 23 R&D centres in Europe, including 6 in France, and maintains partnerships with over 100 universities while employing over 1,000 people in France alone. It is also safe to say that compared to its European competitors (Nokia and Ericsson) Huawei is far ahead in terms of 5G capability also thanks to its global R&D strategy. The set-up of a factory in France could therefore be viewed as a natural development and logical step in Huawei’s long-term Europe strategy.

That being said, Europe is also an important market for Huawei and the symbolic value of the investment should not be overlooked. While the previous Trump administration’s calls to boycott Huawei have only been stringently followed by Sweden and the United Kingdom, most major EU countries, such as France, maintain a mixed approach towards Huawei. They claim they cannot or will not boycott Huawei’s equipment, but at the same time insist they are vigilant about potential security breaches.

More importantly, they still limit Huawei’s access to their 5G markets through rafts of legislation that could be considered restrictive. Building a factory in France is therefore a particularly strong message from Huawei indicating that they will continue to invest in Europe regardless of the circumstances and should be considered a permanent presence in the industry.

Predictably, the French political scene has reacted to the announcement in a polarized manner. From local authorities excited about creating jobs to skeptics expressing concern about the potential data breaches, to government officials insisting that the factory’s establishment will not impact future bids or 5G related legislation, a variety of sentiments have been expressed.

French Finance Minister Bruno le Maire made an interesting statement: “The position that has been taken on 5G is noticeably clear. We will not discriminate against any company, either Chinese or American. We are simply looking after our security and strategic interests.” Such a statement puts Chinese and the American companies one the same level which is a somewhat new development from a European perspective.

This declaration, along with the China-EU investment agreement signed in late 2020, confirm that the European perspective is clearly changing and that frameworks are being developed accordingly.

Finally, it is hard not to feel excited about new Huawei’s project. On the surface it could seem like a polite gesture from Huawei to the EU, but it is much more. The Brumath production facility demonstrates the depth of the commercial ties currently being established between Europe and China.

More than just an incentive for the French government to reconsider its position on Huawei’s 5G bid, the investment is a well -considered Europe-focused industrial strategy that likely foreshadows a new level of the China-EU economic relationship from which many opportunities could arise.

Given that China and the European Union have signed a far-reaching investment agreement, Huawei’s production facility could just be the first of many such projects. When two of the world’s largest consumer markets (one of which happens to be the world’s largest exporter) coordinate their investment policies and industrial development initiatives, it creates a truly unprecedented level of opportunity in almost every industry and market. 2021 is shaping up to be an exciting year for China-EU business, and we look forward to assisting our clients take advantage of the potential from the outset. Should you have any enquiries regarding your business operations, we are always available for a free consultation.