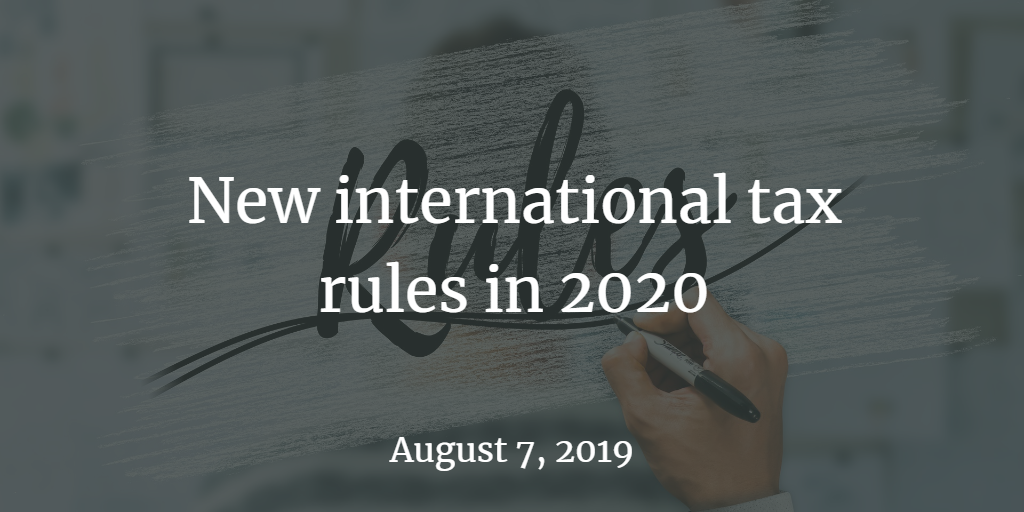 In May 2019, the Organization for Economic Cooperation and Development (OECD) released details of their program of work to develop future international tax rules, with a target date of January 2020. The plans have been endorsed by all 129 members of the Inclusive Framework on Base Erosion Profit Sharing (B.E.P.S) rules, as well as the Finance Ministers of all G20 nations. The program is popularly known as BEPS 2.0 and it is likely to completely change international taxation rules, including those concerning cross border operations in China.

Governments and various organizations will have to collaborate on drafting rules while researching potential economic impact. Multinational Enterprises (MNEs) should begin to evaluate the effects the new rules will have on their business models, structuring and supply chains. At the center of these developments is an important question to be considered on all sides- to what extent should enterprises pay taxes in countries where their products and services generate revenue, and how should jurisdiction be established in the context of the digital economy? The issue is complex and requires agreements between different governments rather than prioritizing the interests of one group or another.

The program of work broadly consists of 2 main pillars. Pillar 1 is concerned with which profits should be taxed in market regions, which are places where goods and services are provided, and profits made. The document proposes to allocate more multinational enterprise global profits to countries where their customer base is located, rather than their country of incorporation.

There are three separate proposals, from the UK, US and India, seeking to establish a remote taxable presence nexus rule, that would establish how to allocate global profits between countries. There is already enough common ground between the proposals to develop a mutually acceptable solution by researching how to determine where profits should be filed. This would consider not only the locations for reporting profits, but where to record losses as well. Pillar 1 also addresses the necessity for limits to the extent of the rules by taking into account the size of the company, nature of the business, and effects of international trade regulations.

In an increasingly digitalized economy, the issue of marketing in profit generating regions is likely to be an important consideration in taxation. When a company other than the original trademark holder carries out marketing activities on its behalf, it presents a tax situation that the OECD is working to address. The governments of major market regions, such as India, demand greater allocation of profits while countries with strong international brands want to establish minimum tax rates.  BEPS 2.0 will address the concerns of market regions as well as places of incorporation.

Pillar 2 of the program considers global minimum tax rates, in response to proposals from France and Germany. This could involve a fixed tax rate for Controlled Foreign Companies, simplifying the rules for regional Established Tax Presence, and evaluating how companies file their overall taxes.

With the likelihood of new rules in market jurisdictions, as well as a minimum overall tax in the next year and a half, all companies that conduct international business should start to prepare by considering their structure, operations and business models and begin the process of making changes ahead of time. Although developments are still in progress, it is an important time to make informed business decisions. We are committed to staying up to date and presenting you with the clearest options, anticipating all relevant considerations. You can begin your preparations for BEPS 2.0 with confidence by following our updates or scheduling a consultation with us anytime.