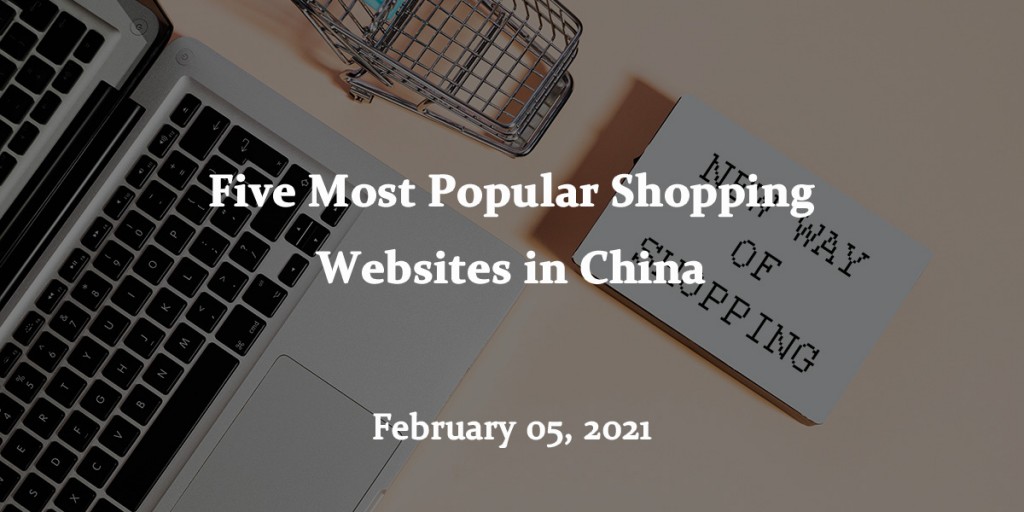 Online shopping is an increasingly popular retail channel in China. Over the past decade, the number of online shopping platforms have considerably increased, while the quantity and variety of products sold continue to expand every year. At present, the five most popular shopping websites in China are Alibaba, Taobao, Jingdong, Vipshop and Pinduoduo. We have prepared an overview of these platforms for foreign investors interested in selling products in the China market.

Alibaba, founded by Mr. Jack Ma in 1999, is a famous global B2B e-commerce platform. It is the flagship business of Alibaba Group, which focuses on wholesaling and sourcing for 16 industries, on products including raw materials, industrial supply, clothing, daily necessities and sundry commodities. The platform also provides supply services from raw material procurement, production and processing to spot wholesale. On April 12, 2018, Alibaba disclosed its report for the first time. As of the end of March, nearly 500,000 small and medium-sized enterprises have provided services for AliExpress, Amazon, Wish, eBay, Lazada and other platforms through 1688’s cross-border platform, covering 220 countries and regions around the world; within one year, the transaction scale and buyers of cross-border exclusive market have increased more than four times.

Taobao is the largest online retail business group in the Asian-Pacific region, which was founded by Alibaba Group in May 2003. Taobao is an extremely popular online shopping platform in China, with nearly 500 million registered users, more than 60 million frequent visitors and 800 million products listed for sale every day, selling an average of 48,000 products per minute.

With the expansion of scale and the increase in user-base, Taobao has developed from a single C2C online market into a comprehensive retail business conglomerate including C2C, group buying, distribution, auction and other e-commerce modes. At present, it is one of the largest international e-commerce trading platforms. In addition, its extended websites and mobile phone Apps such as Tmall, Alipay, Fliggy cater to various aspects of its users’ daily life, making the service popular among consumers.

Jingdong is an independent e-commerce enterprise in China, providing another choice  for customers by focusing on product quality and self-sustaining products, logistics and rapid delivery. It also owns JD Mall, JD Finance, Paipai, JD Intelligence, O2O and overseas business divisions. In 2013, it officially obtained its virtual business license. In May 2014, it was officially listed on the Nasdaq Stock Exchange. In July 2015, with its high growth potential, Jingdong was included in the Nasdaq 100 Index and the Nasdaq 100 Equal Weighted Index. In June 2016, it began a strategic cooperation with Walmart, and YHD was merged into Jingdong. On April, 2017, Jingdong Group announced the formal establishment of Jingdong Logistics. Afterwards, a list of “China’s 2017 Top 100 Internet Companies” was released, in which Jingdong ranked fourth. Jingdong Group ranked fourth among China’s Top 100 non State-owned companies in 2019. The China General Chamber of Commerce and China National Commercial Information Center released its list of China’s Top 100 retailer in 2018, and Jingdong ranked second. In addition to online sales, there are also various offline channels, such as JD Home (mainly distributed in first and second tier cities), JD Exclusive Store (cities at all levels), and JD Convenience Store. Compared to Taobao’s sales of USD 77 Billion, Jingdong posted a total sales volume of USD 42 Billion during the “Double 11 shopping festival” in 2020.

Vipshop’s main business is providing online outlets for branded clothing and accessories, with its business model of “designer brand discount + limited rush purchase + certified product guarantee”, covering branded clothing, shoes and bags, cosmetics, maternal and child products, home products and others. On March 23, 2012, Vipshop was listed on the New York Stock Exchange. Since its IPO, Vipshop has been profitable for 30 consecutive quarters as of March 31, 2020. In 2019, Vipshop generated a revenue of USD14.4 billion, with a year-to-year increase of 10%. Vipshop’s revenue in the second quarter of 2020 was 3.7 billion, with 38.8 million active users. According to Deloitte’s Global Powers of Retailing 2019, Vipshop’s compound growth rate from 2012 to 2017 was 73.8%, ranking second among the “Global Top 10 Fastest Growing Retailers”. Now, Vipshop has nearly 30,000 brands listed on their platform and 340 million registered members, and the repurchase rate of users has increased to 90%. As of 2019, the number of active users is 69 million, up 14% year on year. In 2019, a number of physical outlet stores were established, but the main sales channel is still its online platform.

Pinduoduo is another mainstream e-commerce application in China, a third-party social e-commerce platform focusing on C2M (Customer-to-Manufacturer) group shopping. Users can purchase products at a discount by group buying with friends, family and neighbors. In 2019, Pinduoduo’s total revenue was USD 4.33 billion, an increase of 130% compared with its USD2.03 billion revenue in 2018. In terms of user data, as of the end of 2019, the number of active buyers has reached 585.2 million, with a net increase of 48.9 million in a single quarter, and a net increase of 167 million over the same period of the previous year. In the third and fourth quarters of 2019, the number of active buyers of Pinduoduo increased by 102 million, and the coverage rate is still increasing.

The proliferation of online shopping platforms in China has reached an extent where reaching sales volume targets requires that enterprises distribute their products through at least one major online retail channel. Widespread smartphone adoption across demographics, along with the complete transformation of the retail landscape during the Pandemic, has made online distribution the key to both survival and success.  Foreign companies can now sell their products directly in China through an online retail platform, and we will be publishing a detailed guide to eCommerce in China for foreign companies soon. Watch out and stay tuned!